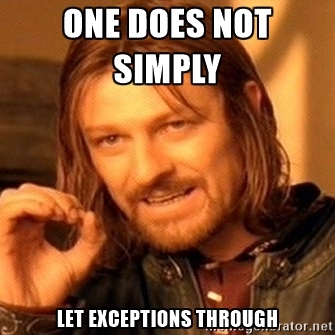 I use this one little trick often: whenever I think a method is risky, I always add the exception catch/re-raise clause at the end, with details about method execution context: parameters, other things  -  depending on the context.

For example, the following method is called 100K times within one long-running program:

Obviously since I’m a noob this method is going to fail 1 hour into process with something like that:

Wouldn’t it be nice to know which record this code failed on? How about the type of the record? Yeah! Here’s the better version of this method:

This gives you a lot better troubleshooting information: